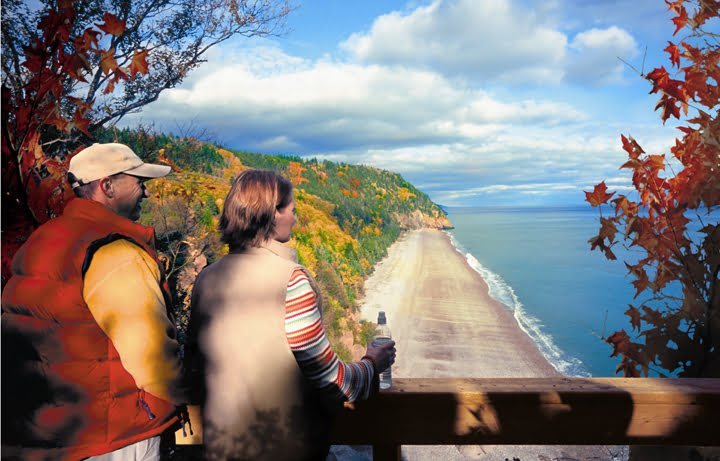 The coastline along the Bay of Fundy is not only sublime in beauty, it's full of delights along the way. (Tourism New Brunswick photo)

MONCTON, NEW BRUNSWICK — If you ask Maritimers for their opinion on the winners of the recent New7Wonders initiative, you will get a very typically Maritime response.

Ever polite, but so defiant in defeat, the people of Nova Scotia and New Brunswick are not thrilled about the fact their beloved wonder, the Bay of Fundy, did not make the final list, which included Indonesia’s Komodo Island, South Korea’s Jeju Island, and Halong Bay in Vietnam among others.

The Bay of Fundy not only boasts the highest tides in the world (coming in at 53 feet), the area surrounding it is full of evidence of prehistoric life, making it a haven for paleontological and geological discovery and study. With a rich biodiversity, including 12 species of whales and a multitude of marine life, as well as a cultural heritage significant in its connection to Canada’s early history, the Bay of Fundy was the last remaining contender among 200 Canadian nominees for the New7Wonders competition.

In light of its failure to make the final seven in the Wonders of the World competition, we’ve taken a poll, asking Maritimers their opinions on the Bay of Fundy’s most appealing features. Maybe if the world were aware of these hidden gems along the coast, the results may have been different.

Jamie Loughead of Wolfville, Nova Scotia spoke about the “beautiful hike” in this picturesque park and said, “Cape Chignecto is my favourite hidden gem along the Bay of Fundy.”

As part of the Appalachian Mountain range (known as the Cobequid Hills), Cape Chignecto’s cliffs are renowned for their rugged beauty and interesting rock formations like the Three Sisters, a set of three basalt pillars. The hiking trails take visitors along the cliff edges and coastline, lending an excellent view of the rising and receding tides. Walking through old growth forest and along small ravines gives visitors a chance to experience the local wildlife and ecology, including bald eagles, seals, rare plant life and, if you’re lucky, a whale or two.

Fancy digging some clams? How about camping on a cliff overlooking the Bay of Fundy? Are you partial to sea kayaking? If you answered yes to any of these questions, you may be well suited to visit Nova Scotia’s Five Islands Provincial Park.

Nestled within the Minas Basin in the Bay of Fundy, Five Islands Provincial Park is about 30 km from the town of Parrsboro on Nova Scotia’s Northwest coast. Whether you’re looking for a day at the beach, a picnic, wildlife spotting or some leisurely hiking, chances are you will find exactly what you’re looking for at Five Islands.

Kim Dunning of Baddeck, Nova Scotia, points out that there’s more to Five Islands than the scenery. “Be sure to go to Adrian’s for an order of real deep-fried clams,” she said in our poll.

Along with fresh seafood, you’ll also find a trademark of every Bay of Fundy site — the unique rock formations resulting from the tidal system. The park also offers great views of the Five Islands themselves — Moose, Egg, Pinnacle, Long and Diamond.

Flower pots in the Bay of Fundy? Huh?

Absolutely — welcome to the Hopewell Rocks. Located just an hour away from Moncton, this New Brunswick provincial park boasts the most unique and interesting rock formations on the Bay of Fundy.

Due to the extreme high tides, the cliff face and rocks that are found within the region have been sculpted by the rushing water for millions of years. During high tide, this erosion is virtually unnoticeable, but during low tide one can see the many top-heavy rocks dotting the ocean floor, giving the impression of flower pots.

Indeed, one of the best aspects of this trip is being able to walk the ocean floor at low tide. The rocks are truly formidable when walking at their base and your kids (or perhaps, the kid in you) will love scouring the ocean floor to see what the tide left behind.

Have you ever dreamed of escaping the big city to live in a lighthouse? Well, your opportunity may have arrived.

Cape D’or, located just outside of Advocate Harbor in Nova Scotia, divides the Minas Basin from the Bay of Chignecto on the Bay of Fundy’s northeast end. The cape has gorgeous views of the bay, including a great vantage point for seeing the most extreme tides, known as the Dory Tides.

One of the biggest draws to Cape D’or, however, is the lighthouse. Still fully functioning, the lighthouse is also home to a world-class restaurant and the keeper’s residence has been converted into a guesthouse. Since visitors can be attracted to the element of danger surrounding the Dory Tides, they are encouraged to use the utmost caution when hiking the area due to the unpredictable power of the tides eroding cliff edge.

All in all, the great food, awesome views and extreme tides make Cape D’or a Martime destination not to be missed.

If you’re less of a hiker and more of a lobster eater, Hall’s Harbour is the place for you.

About an hour and a half from Halifax, Hall’s Harbour is a small fishing village on the south shore of the Bay of Fundy. At low tide, take a walk along the shore and check out the fishing boats sitting on the ocean floor (don’t worry; they’ll be floating again in a few hours). Take a walk along the main drag and pop into the variety of artisan shops that dot the village; Hall’s Harbour is a haven for artists, and why wouldn’t it be with such amazing scenery?

It’s the lobster, though, that makes a visit to Hall’s Harbour memorable. With a great restaurant and a lobster pound in the village, you can choose to buy your own or go all out for a traditional Maritime dining experience — the quintessential lobster feed (with all the fixin’s).

Although the Bay of Fundy didn’t make it as an official natural wonder of the world, that doesn’t make it any less wondrous. When you possess natural beauty, extraordinary wildlife and the delectable food that this region boasts, it’s difficult not to be amazing. As for the Maritimers themselves, they remain stubbornly proud of their “unofficial” wonder of the world.

MAP OF THE BAY OF FUNDY TOP FIVE

Janine is Vacay.ca's Food Columnist. Growing up in a tiny farming community on Cape Breton Island, Janine knew at a young age that she was destined for travel and as a young girl would spend hours poring over her father’s outdated globe, dreaming of the places she would someday visit. Twenty-something years later, she is now based in Toronto where she works as a chef and writer, having travelled throughout Asia, Canada and Ireland (with more trips to come!). 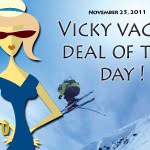 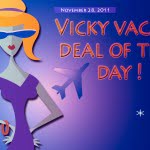 Save 20% with Porter Airlines 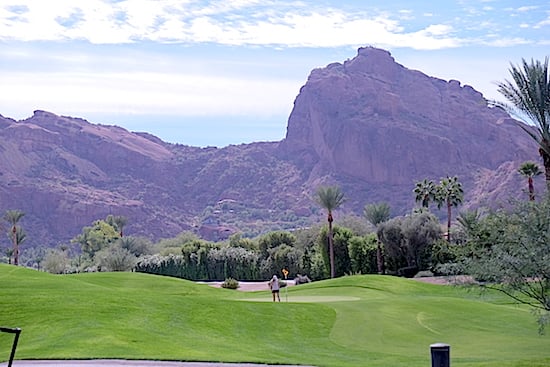 Scottsdale has ‘Loonie Love’ for Canada 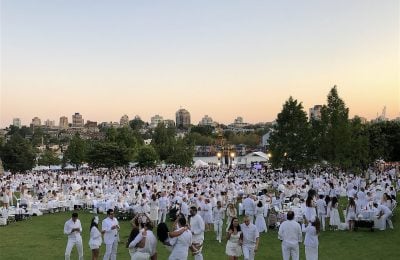 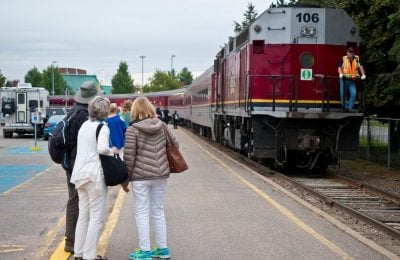 To all of the incredible military who came to the aid of Newfoundlanders this past week, we'd like to invite you to #CanadasFavouriteBar Saturday night for live #Newfoundland music, free cover & we'd be honoured to buy you a beer. THANK YOU @CanadianForces for all you do! #YYTSOE