The pristine dining room in Raymonds Restaurant seats up to 55 diners. (Julia Pelish/Vacay.ca)

ST. JOHN’S, NEWFOUNDLAND & LABRADOR — From the rooftop of 95 Water Street, you can see the Narrows, the tall, green, jagged landmarks that have guarded the harbour to this city for longer than humans have cooked with utensils of wood and rock.

The ocean sweeps in, a forever-unfurling carpet that carries with it the fragrance of salt air. The scene is an endless temptation for the eyes. No matter where you stand, you want to look.

When I interview Jeremy Charles, the scene could hardly be more ideal. It’s a warm, bright, end-of-summer evening and his restaurant, Raymonds, bustles with the excitement great enterprises tend to inspire. Beneath the roof, servers and bartenders are sharply dressed, resembling the staff of a classic Italian restaurant in Chicago or New York’s Mulberry Street.

If the spirit of Newfoundland is wild and unwieldy and rambunctious, Raymonds is its grown-up, sophisticated alter ego. George Street is 10 blocks away but its screech-in ceremonies, atmosphere ripe for one-night stands, and heel-pulverizing Irish-tinged rock music is another planet entirely from this immaculate restaurant that Charles and his business partner, Jeremy Bonia, opened three years ago.

Inside the circa 1916 building, light floods through a bank of windows in a way that will remind you of a Napa Valley spa restaurant, if not for that view. The Narrows and the harbour catch your gaze again and you wonder what kind of food Charles can manage to pair with this sight. Turns out, the cuisine is just as spectacular.

In a city and province known for fried cod, peameal, and odd fare like seal flipper pie, Charles and sommelier Bonia are at the forefront of change. Earlier this month, Bonia won for outstanding beverage professional at the Terroir Symposium industry awards and Raymonds has racked up honours since its 2010 debut. With the restaurant’s leadership, North America’s oldest city is home to one of the continent’s newest and most exciting food movements.

“I love fish and chips more than anybody, but there’s got to be more to it than that,” Charles says about the province’s dining choices.

What’s also “more,” as you can tell, are the prices. Sometimes four times more than eateries around town that specialize in fish and chips. Seeing $45 Rack of Lamb on the menu may not make someone used to dining at Canoe or Langdon Hall flinch, but in St. John’s those prices are far from traditional. They are, however, not beyond the range of a growing number of citizens in this city that is benefitting from an economic boom thanks to the petrochemical industries. In March, the unemployment rate fell below 7%.

“We’ve been so fortunate to generate a lot of business from the oil and gas industry from all around the world. People from Norway to other parts of Europe and all over the US come in here. It’s been fantastic for us, meeting people from different parts of the world, and hearing how much they enjoy the food we’re putting out,” says Charles, a humble, thoughtful man who appears more comfortable in plaid and denim than formal wear.

The restaurant can hold 95, with a private dining room for 18 and a main space that seats 55. Charles and Bonia thoroughly renovated the 4,500-square-foot property when they took over the historic building that was once the headquarters of a cable company. “It took a year. We went down to the studs, restored it to its original character,” Charles recalls.

Charles cooked for the Molson and Bronfman families before opening Atlantica in nearby Portugal Cove seven years ago. With Raymonds, he has brought a level of cuisine that previously hadn’t been sustainable in St. John’s. There are competitors now, too, another indication of how the vibe of the city has altered thanks to increased investment and employment.

“It would be quite challenging to do what we are doing 20 years ago. There had been some fine-dining places that came and went, but no one that I know of has ever done this sort of cuisine on this kind of scale,” says Charles, who builds his menu with products sourced from across the province, adding French and Italian cooking techniques to elevate the quality of the dishes. “We’re all very fortunate in the restaurant business to be in an economy right now that can support us and what we are doing in the city and in the province. Newfoundland has changed a lot and it is booming.”

More About Raymonds in St. John’s

Location: 95 Water Street, St. John’s, NL
Telephone/Email: 709-579 5801; reservations@raymondsrestaurant.com
Website: www.raymondsrestaurant.com
Menu prices: A seven-course tasting menu runs $125 ($75 with wine pairing) and a five-course menu is $100 ($55 with wine pairing). A la carte entrees range from $40-$45 on the current menu. See the full menu here.
Vacay.ca 2013 Top 50 Restaurants in Canada: Raymonds ranks in the top 20 for 2013, based on votes from judges and the public. Final results will be announced on May 1. Charles was a member of the Vacay.ca Judging Academy but was not allowed to vote for his restaurant, based on the criteria set out in the Top 50 constitution. 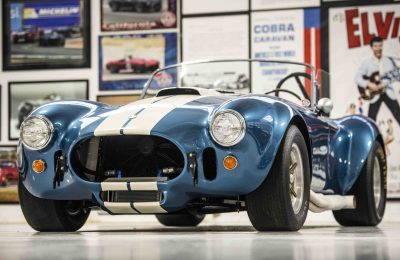 Hot Cars at Canadian International AutoShow Will Leave You Breathless

As the weather continues to improve ☀ we want you to enjoy the health & wellness benefits that come with being in nature.

Starting June 1 2020, while safely #physicaldistancing, visitors will be able to access some #ParksCanada places ➡ http://ow.ly/L9Se30qGp70 #WeMissYouToo

From our archives: "Explore the World Responsibly with Hurtigruten"
https://vacay.ca/2020/02/explore-the-world-responsibly-with-hurtigruten/