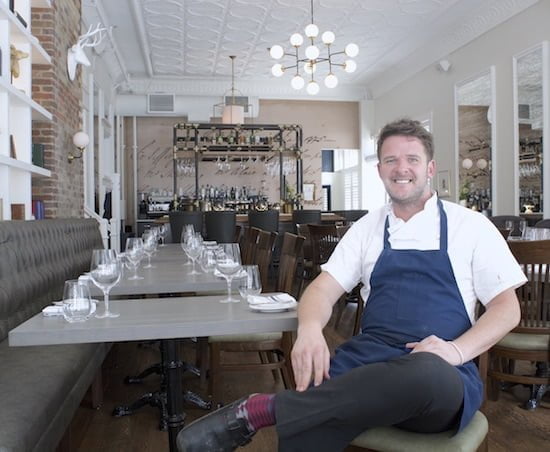 “It’s the best day of your life,” McCue divulges, speaking in a British accent and letting out a slight grin. “It’s something you work for, something you wish for. And when you think about how few are given out in a year and think about the names of the people who’ve won them, it’s a massive honour. Something that you can always turn to as a source of pride.”

McCue returned to Calgary after more than a decade away to launch Whitehall, a beautifully designed restaurant in the city’s emerging Bridgeland area. As its name suggests, the restaurant is painted white — a fitting choice because McCue’s cuisine is clean, simple in the number of ingredients but intensely complex in how they are executed and presented. 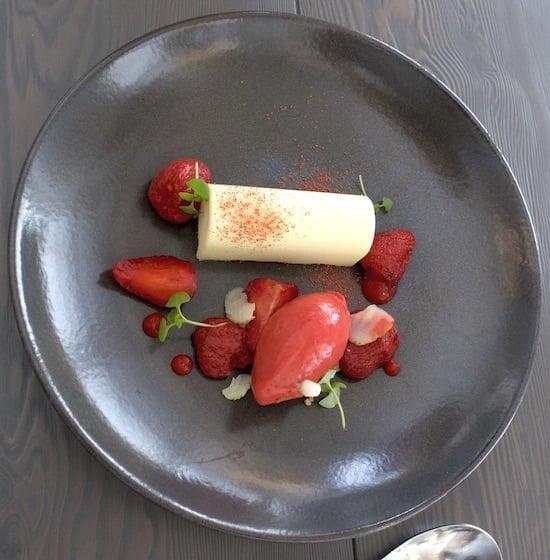 What would a British-influenced restaurant be without strawberries and cream? At Whitehall, the dish is served with sorbet and beautifully presented. (Adrian Brijbassi/Vacay.ca)

While living back home in his native England, McCue earned the coveted Michelin star during his tenure as the executive chef at Curlew. He had departed Calgary in 2004, after successfully helping to launch Catch & Oyster Bar, a popular eatery on bustling Stephen Avenue. While at Catch, he worked with chefs such as Michael Noble and Nick Nutting, now the executive chef and co-owner of celebrated Wolf in the Fog in Tofino, British Columbia.

Read About Wolf In the Fog’s Gooseneck Barnacles

For McCue, the return to Calgary is refreshing for a number of reasons, not the least of which is the chance to re-connect with the city’s culinary community.

“I feel like it’s comforting coming back,” he says. “They’ve welcomed me back here and the community here is much more collaborative than in England. Over there, you find there are more intense guys. Being here is a stress relief, for sure. The pressures of having a Michelin star and then having to keep it, it can be a lot.”

Noble, who was McCue’s boss at Catch, is glad to have his old sous chef in town again. The executive chef of The Nash and Notable, two well-regarded Calgary restaurants, says, “It’s great to have him back. He’s a terrific chef and it makes the dining scene in Calgary that much better. And I’m not concerned about the competition he might bring. It’s about collaboration. Having him here elevates dining in the city and that makes it better for everyone.”

Along with a dinner menu featuring British favourites (Indian-inspired mackerel with tamarind glaze, saag aloo and carrot bahji) and European flavours (double-baked cheese souffle and charred tagliatelle squid), Whitehall also serves a family-style roast lunch on Sundays. It’s an interesting concept where each diner selects an appetizer and dessert of his or her own but the table shares the entrees, which are healthy portions. The Brant Lake Wagyu rump steak was served with delicious Yorkshire pudding and moist potatoes. The three-course lunch costs $45 per person.

It’s excellent fine dining in a casual yet elegant atmosphere, but McCue downplays it, saying Whitehall “would be a pub in England.” Having cooked at the lofty heights required for achieving a Michelin star, he seems delighted to be back in Alberta, doing what he calls “normal cooking for me.” 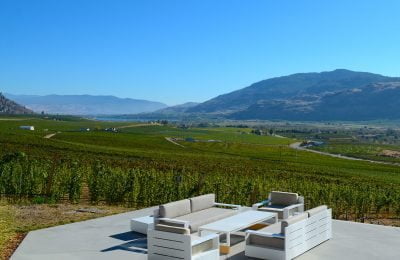 In the South Okanagan, a Standing Ovation for Seated Tastings 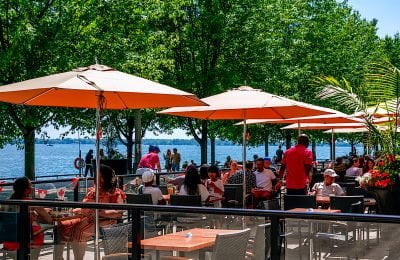 Toronto Waterfront Serves Up Culinary Treats with a Festive Vibe

6 Cookbooks That Capture the Tastes of Travel

NEW: "6 Cookbooks That Capture the Tastes of Travel" to help you get through the isolation of the pandemic. Compiled by @AnnaMCHobbs.
https://vacay.ca/2020/11/6-cookbooks-that-capture-the-tastes-of-travel/