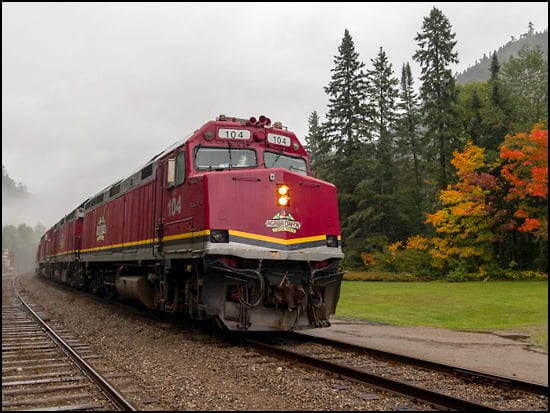 AGAWA CANYON, ONTARIO — It was a journey back into time.

Roughly a century ago, the Group of Seven immortalized the Algoma region with their breathtaking masterpieces. Paintings often offer us a glimpse into the past. Rarely do they match up to what we see today. But the Agawa Canyon that inspired the Group of Seven has hardly changed.

The natural wonder was created more than 1.2 billion years ago and widened into its new mould when the glaciers retreated in the last ice age 10,000 years ago. As the Agawa Canyon Tour Train left Sault Ste. Marie, the city with its industry and factories faded into the background and gave way to pristine northern lakes, rugged landscapes and a blaze of fall colours.

From fiery reds and deep purples, soft pinks and canary yellows, and — my personal favourite — highlighter oranges, there isn’t a range of autumn colour you won’t see in the thick forests of the Agawa Canyon. And all of it is seen from the relative comfort of the train that zips you 183 kilometres (114 miles) north from Sault Ste. Marie.

Be sure to secure a window seat for this sublime and thrilling train ride in Ontario’s famed Algoma Region. (Jakub Vodsedalek photo)

In 2010, CN Rail and the Ontario government each invested $5 million and the federal government invested another $1.2 million in modernizing the Agawa Canyon Tour Train. And the results show in the refurbished box cars, new carpeting and plush seats. As the train travels north, GPS-triggered commentary pops up on the flat-screen televisions located in each box car and delivers the history of the land from the Ojibway people and fur traders to entrepreneurs and the Group of Seven. The televisions also show an engineer’s view from the front of the train, offering a different perspective from what can be seen through the side windows.

As the train takes a bend around a curve, little cottages and lodges pop up. A couple fishing on a boat wave as the train ambles by. Loons fly across the deep Ontario lakes. It’s quiet, peaceful and if you want to recreate the magic of the Group of Seven, you’re in the right place — it’s wild and unchanged and yet achingly familiar.

The 10-hour train journey takes you over towering trestles, sheer granite rock formations of the Canadian Shield and the seemingly endless forests of startling colour.

The rail line hugs the canyon wall, finally descending 150 metres (500 feet) down to the riverbed. From there, we disembarked. Many of my fellow passengers chose to stay by the tracks and have a picnic lunch, while others climbed to a platform overlooking the canyon or visited the nearby Black Beaver Falls and Bridal Veil Falls. I stretched my legs during a 90-minute sojourn into nature.

When the hike was done and the train turned around, I felt reluctant to head back. Canadians cling to this season and they do so for a number of reasons. On this day, I wanted to hold on for just a bit longer and gaze at the fall colours, which manage to amaze and inspire one generation after the next. 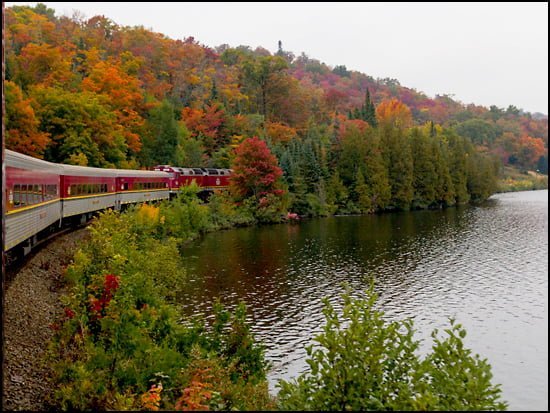 Agawa Canyon and the fall colours of Algoma inspired the Group of Seven’s artwork. These days, passengers discover the region’s beauty from a comfortable train. (Jakub Vodsedalek photo)

How to Get There: Sault Ste. Marie sits on the U.S. border across from Michigan, roughly an eight-hour drive from Toronto. Porter Airlines and Air Canada also service the city with a 75-minute flight.

Where to Stay: There is a range of budget options near the railway station from Quality Inn to Holiday Inn and Delta. A recent search for a weekend stay in each of the three properties showed prices ranging from $125-$150, with Holiday Inn being the least expensive and Delta the priciest.

When to Go: The fall is the most popular season. Though peak season varies every year, typically the best colours are seen in the last two weeks of September and the first week of October.

Catching the Train: The Agawa Canyon Train leaves at 8 am from Sault St. Marie and returns at 6 pm on the same day. The train typically pulls at 7:30 am, which makes a nice photo-op. I would recommend boarding early so that you can secure window seats, especially if you are in a large group.

Where to Eat: Breakfast is available on the dining car from boarding until the train reaches the Agawa Canyon. Boxed lunches are available for those who want to take a picnic hike at Agawa Canyon, while hot lunches are offered in the dining car. Although decently prepared and the service prompt, the meals are expensive for what they are, and many families choose to bring their own meals.

Ticket Prices: The train ride costs $90 per adult in the summer and $110 in autumn. Make reservations early for the fall season to avoid disappointment. To reserve your fare, telephone 1-800-242-9287 (toll free) or email agawacanyontourtrain.com. 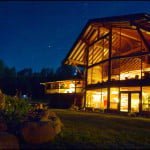 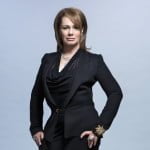 Arlene Dickinson is fired up for Canada 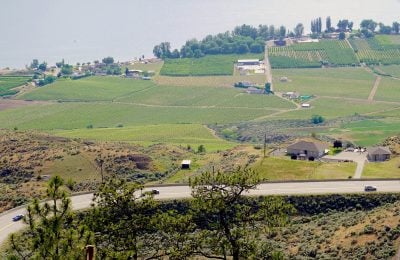 In the South Okanagan, Indigenous Culture Speaks from the Heart 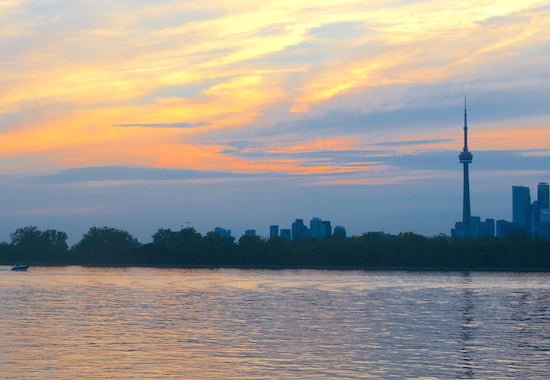 Only 2 can call Canada and the @baseballhall home. #HOF2020