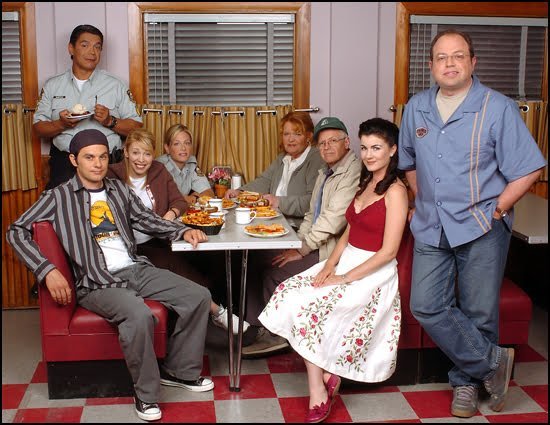 The “Corner Gas” players made such an impression on Saskatchewan that the province has decided to dedicate one day each year to the TV show. (Photos courtesy of Corner Gas) 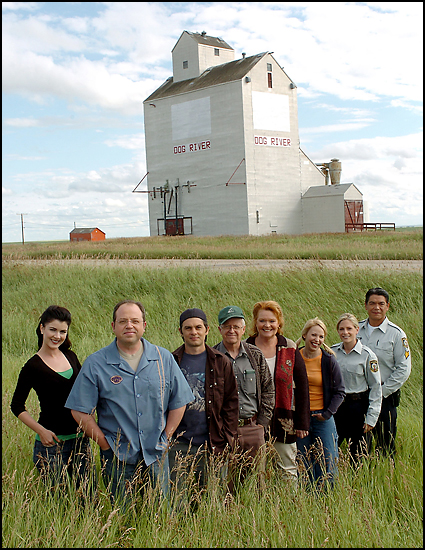 The cast of “Corner Gas” is back together for a movie based on the TV series. It is scheduled to premiere in December.

ROLEAU, SASKATCHEWAN — It’s the second-to-last day of shooting of the highly anticipated movie, “Corner Gas”. I am ushered into a darkly lit room called the video village to sit and wait out the filming of a scene before I can interview Brent Butt, creator and star of the “Corner Gas” TV series that is phenomenally popular in Canada.

Margaret, the movie’s kind publicist, asks me to take a seat. “Here, sit there in Brent’s chair or Kathy Blevins’; go ahead and I will come back for you in a bit,” she says. I do as I am told and choose Brent’s chair. It’s bigger and looks cozy. I relax and look ahead at the three monitors going in front of me. I am peering into the iconic gas station as the actors block, or mark out, where they will stand for an upcoming scene.

I am almost caught red-handed in his chair moments later as Butt enters the video village room to show someone something funny on his phone. I sneakily transition without getting caught to Kathy’s chair, avoid embarrassment, and breathe a sigh of relief.

The gas station set in “Dog River’’, aka Rouleau, Saskatchewan (approximately 40 kilometres from Regina); remained intact over the past five years since the series wrapped and played host to tours and sold many a souvenir.

Soon after, the blocking is complete and the scene begins rolling. I peer at the monitors again and admire the on-set action of the rolling cameras and actors delivering seamless lines. After three takes, the scene is nailed. The director, sitting in front of me, yells, “Cut.” It’s time to sit down and talk shop with Mr. Brent Butt.

Born and raised in Tisdale, the extremely funny comedian and actor known for his dry sense of humour, opened up on growing up in Saskatchewan, travel in Canada and, of course, reuniting with the cast for the Corner Gas movie due out in December 2014.

“It was wonderful. We don’t get to see each other a lot and it was great coming back and going through the motions again. It was such a big part of our lives,” said Butt in regard to filming again with all his castmates. “It felt like only three weeks had passed.”

He said his return to the role of Brent Leroy was easy. “I hardly even look at this as a role to play. Brent Leroy is basically me. I put on a different shirt and a different watch and I am done,” shared Butt. Acclimating back to the show also proved to be simple, but he pointed out the major difference was felt in the pacing of the writing, moving from a set scale of 22 minutes to that of a 90-minute feature film.

So what can viewers expect?

“The stakes are raised; it’s a bit of a bigger story,” Butt added.

Five years later we find our heroes picking up where the series ended. “The town is in very bad shape and, like a lot of rural communities across the country, they are finding themselves in situation of ‘Do we shut everything down and walk away letting it become a ghost town? Or do we dig in our heels and fight for this place where we have lived our lives?’”

The series, which resonated so broadly across all demographic and geographic regions in Canada, had a massive audience averaging over 1 million viewers per episode — incredibly rare for a show in this country.

We chatted further about why “Corner Gas” was able to gain such mass appeal. I stated to the actor, speaking on behalf of proud Saskatchewanians, we “just get it”, noting the rural nuances we know and love from the series that make it feel like it was made just for us. However, Butt asserted, “Everybody gets it.”

“It’s not barley jokes. It’s about these people and the situation they are in,” he went on to say. And, in regard to locale: “It really could have taken place anywhere as the characters are very archetypal, and there’s universality to it.”

He explained how that “feeling” and appreciation for the show and its people-focused stories has broad appeal that reaches far beyond the borders of the province. “You go to Ontario or Manitoba, or wherever I travel doing stand-up, the number one thing I always hear about is Corner Gas, people want to talk about it.”

He acknowledged, of course, there is value added if you are from Saskatchewan. “Saskatchewan is the backdrop; it’s the postcard — because of where it is and what you see [on the show]. You don’t have to talk about it a lot. It just kind of is. The horizon is there, the fields are there and that sky is there.”

So why Saskatchewan then? “When I was growing up here, it was never heard or mentioned on TV,” recalled Butt, an avid Saskatchewan Roughriders fan who still dons the green and white on game days. So, when considering the series, the star, knowing the locale could have been set anywhere said, “Why not rural Saskatchewan?”

Although he’s lived in Vancouver for many years, when he returns to the province, the feeling of being home follows suit. “So much of my formative history is here and it’s still feels like home.”

Reflecting fondly on early memories, he confided he could not have had a better childhood. He often visited Marean Lake, Kipabiskau Regional Park and camped at Greenwater Lake. As a boy, he and his father would frequent their favourite fishing hole at Barrier Lake two or three times a week, “throwing the 12-foot aluminum boat into the river.” He enthused, “I am a big fan of going to the lake and you know there is like 100,000 lakes in Saskatchewan — 100,000-plus lakes!”

For fans of the show, he recommends a visit to Rouleau. “It is an easy stop for people whipping across the country as [the town] isn’t far off the Trans-Canada Highway. There are Corner Gas souvenir shops and a bus company that tours the sound stage in Regina and the set here [in Roleau].”

Though his love for Saskatchewan was obvious, Butt gushed about other regions of Canada, including the country’s coastlines. He was especially vocal in his appreciation of the rugged beauty of Newfoundland and the magic of the rainforest and mountainous splendour of British Columbia.

“I love going to Atlantic Canada. I love Newfoundland, it is fantastic. It’s just the type of beauty you don’t see anywhere else in the country and the people are awesome.”

Travelling extensively cross-country for stand-up whenever he is not in production allows the actor to visit places and do things he might not have done on his own.

Case in point would be a recent trip to Inuvik in the Northwest Territories, where he experienced the Midnight Sun and Arctic Circle, toured around in a helicopter and enjoyed a big moose BBQ — things he says, he may not have ever gotten around to doing.

The highlight of travel for him, though, regardless of destination, comes down to the people. “I have a good time everywhere I go — the thing for me is I meet great people wherever I travel,” he said.

So what’s next for the comedian? “The place I belong is television. I am always writing and pitching projects so hopefully there will be more TV in the works. If I could just call the shots, I would have a series and do a movie every couple of years, and whenever I was not in production I would be doing stand-up.”

Here are three fun facts about the TV show created by Brent Butt. 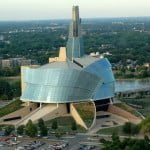 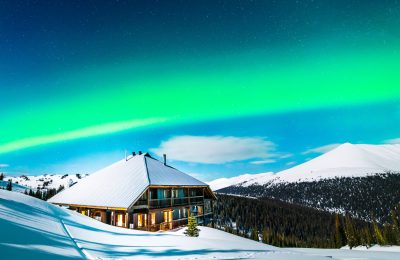 Purcell Mountain Lodge Makes You Feel Out Of This World 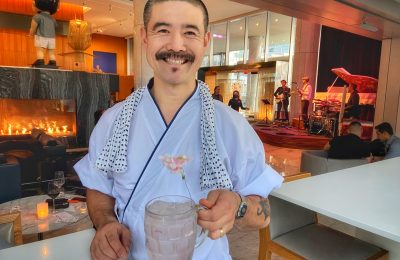 #HappyLunarNewYear2023
One of the best places to celebrate in Canada is #Vancouver. It's replete w/ Chinese & Chinese-inspired dining, including Laowai (which means "foreigner"). A Londoner who spent years in China owns the speakeasy.
Gung hay fat choy!