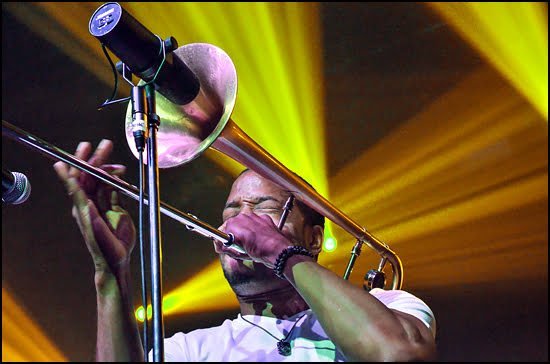 Trombone Shorty turned up the heat at Metropolis during his Montreal Jazz Fest show on Monday night. (Adrian Brijbassi/Vacay.ca)

MONTREAL, QUEBEC — When Trombone Shorty stepped on stage for his encore on Monday night, he had a look that appeared to say, “WTF?”

From the front of the stage to the back row of the balcony section, fans at Metropolis were chanting, “Ole, Ole!”  Confronted with this impromptu ovation, Shorty did what any sharp musician would — he snatched his trumpet, cued his band and picked up the beat to join in the chorus. His few chords of  “Ole” — a Bouncing Souls’ song from 1999 — caused even more of a frenzy. [Click on the Vine video below to hear a snippet.]

What the New Orleans-based troubadour didn’t know was the spontaneous chant — sung by hockey fans in Montreal during Canadiens games — is a serenade for victors.

In this city with the world’s largest French-speaking population outside of Paris, it is a Spanish ode that rallies citizens. And Shorty, his backing band and the wicked opening act made everyone in the house feel like a champion for being a part of the night. Hence, “Ole, Ole!” and this singular moment that for me ranked at the top of a six-day visit to the 35th anniversary edition of the Montreal Jazz Festival.

Shorty, whose real name is Troy Andrews, tore through a nearly two-hour set with a variety of songs and crowd-pleasing antics. The night ended with Shorty and his five-member band, Orleans Avenue, smashing on the drum kit and cymbals for more minutes than you’d think they could sustain. Shorty also played instrumental versions of Green Day’s “Brain Stew” and “When the Saints Go Marching In.”

If you missed this show, he’s also performing at Festival d’Ete in Quebec City (July 7) and the Ottawa Bluesfest (July 9).

Last year, Woodkid’s show at Metropolis on the early days of the festival was the talk of the festival. It earned him a spot on the main stage as the headlining act on opening night. Shorty deserves another invite and hopefully for one of the free outdoor shows too.

Other highlights from the opening half of the 11-day Montreal Jazz Fest. 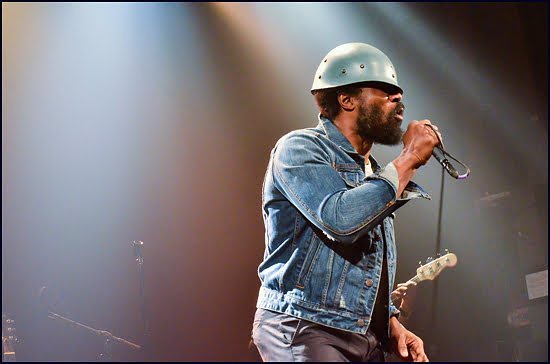 Cody ChesnuTT: Best known for his collaboration with The Roots on “Seed 2.0,” ChesnuTT is a soulful singer and hard-working front man. His honesty about his challenge to keep his marriage and family together following his infidelity is dealt with during his set with humour and heart. It’s one reason the audience at Club Soda was very appreciative.

Ester Rada: The Israeli singer with Ethiopian roots has a voice that’s classic soul. Her lyrics, though, have the sensibilities of today. A refreshing mix that keeps you listening and grooving. She played two free shows on Monday.

Hypnotic Brass Ensemble: This outfit from Chicago opened for Trombone Shorty. They’re wild, brash, funny and clearly looking for an underwear company to sponsor them as half the members struggle throughout the show to keep their pants above the waist. Hypnotic Brass lacks some polish but they have tons of showmanship and energy to make up for it. They’re also a family act. The eight-piece band are the sons of jazz trumpeter Phil Cohran.

MORE ABOUT THE 35TH ANNIVERSARY OF THE MONTREAL JAZZ FESTIVAL 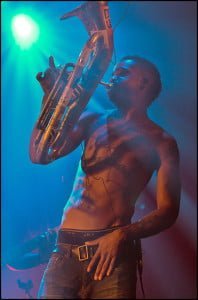 Uttama Hubert, aka Rocco, is one of eight brothers who form Hypnotic Brass Ensemble. (Adrian Brijbassi/Vacay.ca)

Dates: June 26-July 6, 2014
The Jazz Passport: Fans can purchase a special package that includes three nights’ accommodations at one of five participating hotels, unlimited access for four days to three of the top festival venues (Club Soda, Metropolis and L’Astral), breakfast daily, and more. Packages start at $559 per person. I would recommend the package from the Hyatt Regency, which starts at $723, because of the hotel’s convenient location. It’s attached to the Complexe Desjardins mall that leads into Place des Arts and also overlooks Sainte-Catherine Street and the Rio Tinto Alcan Stage, so you can enjoy a snack or drink as if you were in the balcony section of a theatre. Click here for more details.
Tickets: The outdoor shows are free, but performances indoors will cost money for a ticket. Find details here.
Website: www.montrealjazzfest.com
Vacay.ca Recommends for the Final Weekend: Friday, July 4: At Metropolis, the Barenaked Ladies play at 7 pm ($36-$60.50) and Snoop Dogg’s show takes place at the same venue at 11 pm ($82-$95.30). Grab a spot in the balcony and stick around for the night. Also, Michael Buble fills up the Bell Centre (8 pm, $63-$135). Saturday, July 5: B.B. King and Gary Clark Jr. team up at Salle Wilfrid-Pelletier at Place des Arts ($103.50-$123.50). Meanwhile, Betty Bonifassi, formerly of Montreal-based duo Beast, is at Club Soda (11 pm, $28.50). Sunday, July 6: Maxwell is at Salle Wilfrid-Pelletier at Place des Arts ($68.50-$93.50). Deltron 3030 closes the main-stage free shows at 9:30 pm. 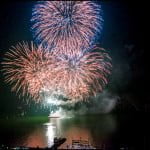 A Canada Day tour of the nation 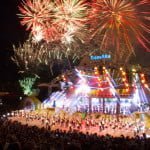 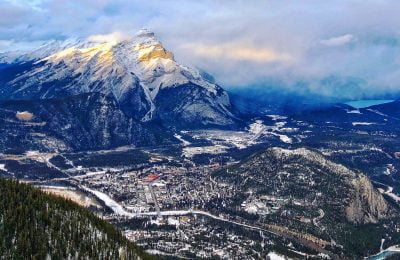 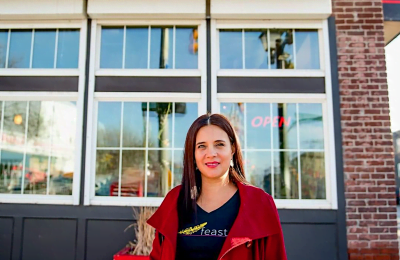 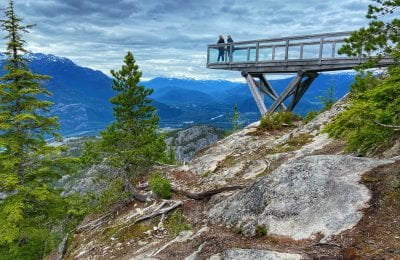