Rosebud Theatre is a hidden gem in Alberta. (Photo by Randall Wiebe)

ROSEBUD, ALBERTA — I was in town to check out Rosebud Theatre and I wasn’t sure what to expect.

This is one of Alberta’s premier entertainment companies and the only professional rural theatre in the province. It has a solid reputation for high-quality live performances but I had never heard of it in my life. And I’m guessing neither had you. Can anyone blame us? Seriously, how could something that good be this hidden?

The truth? No outstanding architecture here, although there are nice buildings with a unique, welcome-home feel. Chaos? The only chaos that will cause you to hold onto your hat is a strong wind. And the fact there is supposedly a renowned theatre here didn’t make much sense because from what I could see there were only a handful of buildings around Rosebud’s few intersections. This place couldn’t be more country if Travis Tritt himself showed up for a beer and the only thing that seemed to be missing from this picture were stereotypical tumbleweeds.

No, Rosebud probably won’t blow you away — at first. But park your car, stretch your legs, meet the people, check out one of the galleries or gift shops, enjoy a buffet at Rosebud Mercantile or a tart at the Thorny Rose Cafe next door… and then take in a play at the theatre and you’ll quickly discover why Rosebud is one of the province’s favourite stops.

A scene from the play ‘Our Town’ at Rosebud Theatre. In the foreground is Heather Pattengale & Byron Allen, with Amy Burks, Michael Thiessen and Alysa Glenn.

It’s fair to say that my outlook had been hardened somewhat by past experiences. If we’re going to call a spade a spade, small-town productions tend to be mediocre at best. But as I watched Rosebud Theatre’s brilliant performance of Thornton Wilder’s “Our Town” on stage for the first time, I began to quickly see why so many people from Alberta make the trip to Rosebud, located 35 kilometres southwest of Drumheller (a 25-minute drive) and 100 km (one-hour drive) northeast of the Calgary airport.

The theatre has been around for 30 years and started out as a part of Rosebud School of the Arts. Among the many awards Rosebud Theatre has received is Travel Alberta’s “Alberta Pride” ALTO Award, the Rural Tourism Champion award and recognition from the Rozsa Awards. The theatre produces four mainstage shows, attracting more than 35,000 patrons per year to the hamlet of about 100 people. Every year, these fans make a point of getting out to Rosebud to see the latest play that this talented group of actors and supporting crew have to present. The productions are complemented by dining, art galleries, museums, and shopping. This year, director of production and general manager Mark Lewandowski makes it clear that what’s being served up is a heaping helping of chicken.

“We just closed ‘Diary of Anne Frank’, which went really well for us. We’ve opened on our studio stage ‘I, Claudia’, which was a student final project,” says Lewandowski. “All of our students are required to complete a final project in their final year as part of graduation. And our artistic director liked this play so much, it was so impactful, that he wanted to see it in our season, so that more people could have a chance to see it.

“We’re also opening up our home-grown summer blockbuster, which is called Chickens. It was written by one of our graduates 20 years ago, and the music was done by a number of people here in Rosebud. It’s a story about a guy who is losing his farm. One day he gets seduced by a chicken at a farm auction and he brings her home,” Lewandowski says of the play written by Lucia Frangione. “When the breeding rooster he buys ‘can’t crow’, they bring in some competition which makes for some hilarious scenes. It’s a crazy, silly play with singing and dancing chickens. It’s very well written, very, very funny, but it also has a real heart. It’s about real issues. It’s about the struggles that we all have making things work and what’s important in life.”

Another thing about Rosebud Theatre that’s inspiring is the fact that it’s run by several people who have come to call the area home. Actress Heather Pattengale is one of them. She has lived in Rosebud since 2006, when she arrived as a student. She did her first year of the program at Rosebud School of the Arts, before coming back with her new husband in 2008. Originally from Cambridge, Ontario, Pattengale heard about Rosebud Theatre while living in Ontario from a friend who learned of it while attending various conferences. Inspired by the word of mouth, Pattengale made the trip to check out the school and that was all it took for her to make a life-altering decision to move to Alberta.

“I fell in love with Rosebud and don’t want to be anywhere else. We’re a sleepy little place on the outside, but we’re busy creating art in all ways that we can,” says Pattengale, who was outstanding in “Our Town” alongside co-stars Paul F. Muir and David Snider. She explained that people should come to Rosebud not only because of the great theatre, but also because the town is a bit of a throwback to older times. “Everyone knows everyone, everyone is welcome whether you’re a familiar face or not.”

Pattengale says many first-time visitors aren’t sure what to expect and leave amazed by the production.

“We have art galleries, cafes, two theatres, two stages, so there’s always something going on in Rosebud,” Pattengale says. “It’s a small town, so you’re not really sure what to expect. You get into the opera house, which is an old grain elevator which has been cut in half and placed on its side and you think, what is going on here? And then the lights go down, and magic happens. Our small theatre seats 230 people so you’re never too far away from the stage. And we tell stories that are full of heart, and joy and the human spirit. It’s hard to leave without feeling uplifted and sometimes challenged and encouraged to go out and grab hold of your own life.”

You’ve visited Rosebud and had a great time at the theatre. If you have some daylight left and would like to see some breathtaking sights on the way home, consider checking out some of the most beautiful natural earth formations the Badlands has to offer. Take a spin out to Horsethief Canyon (55 minutes north), Horseshoe Canyon (36 minutes north) or Drumheller Hoodoos (41 minutes north). If you aren’t accustomed to the unique geography of this region, it’s worth the trip.

Rod has previously worked for Canoe.ca and is currently freelancing for Huffington Post Travel. He’s also written travel articles for the Toronto Star and Up! Magazine. Living in Toronto but raised in the small central Ontario village of Holstein, Rod is a country boy at heart who has never met a farmer’s market he didn’t like. 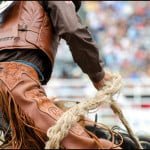 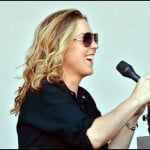 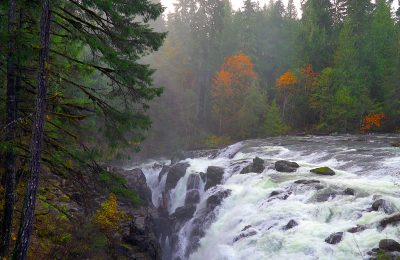 Where to Find Casual Eats from Montreal’s Top Chefs 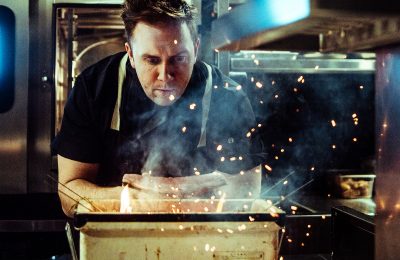 NEW: "5 Adventures to Power Through in the Kootenay Rockies" by Kate Robertson. https://vacay.ca/2020/08/5-adventures-to-power-through-in-kootenay-rocky-mountains/ @HelloBC @NelsonKootenay

NEW: "Set Sail for #NovaScotia's South Shore". As Canada's favourite schooner, the #Bluenose II, gears up for its 2021 centennial celebrations, learn how to best explore this idyllic region. https://vacay.ca/2020/08/set-sail-for-nova-scotias-south-shore/ @TourismNS

#FoodDayCanada is the perfect time to remind us of the value of food tourism to our communities. Read what #NewBrunswick is cooking up with its @Eatheritagenow program. https://vacay.ca/2019/11/new-brunswick-cooking-up-big-plans-to-attract-food-travellers/