Visitors enjoy ice skating at the rink on the top of Grouse Mountain. (Mike Roberts photo)

VANCOUVER, BRITISH COLUMBIA — Ice skating: it’s the quintessential Canadian pastime. When we dream of a Canadian youth, we dream of The Hockey Sweater and the backyard ice rink culture that goes with it. Pick-up ice hockey games, called shinny, are played on the local pond. That’s Canada, right?

For Vancouverites, participating in this part of the Canadian dream has always been a bit of a challenge. In winter, Vancouver is famous for its snow-capped mountains, but the giant trees of its rainforests need rain to grow. For the most part, Vancouverites grow up jumping in muddy puddles instead of shovelling snow.

There is a romance to the outdoor ice rink that can’t be denied, and if you’re in Vancouver you’re not entirely out of luck. Two popular outdoor skating rinks bring the joy of the season to Canada’s west coast.

The Robson Square Rink is tucked into an unusual location beneath Robson Street in downtown Vancouver.  Far from the Canadian backyard rink, this ice rink is close to a number of Vancouver attractions, including the neighbouring Vancouver Art Gallery, Vancouver Symphony Orchestra, Stanley Park, and the Vancouver Aquarium. It’s part of the Robson Square complex, a public gathering place in the centre of the city designed by renowned Canadian architect Arthur Erickson. The complex is an intriguing mix of public amenities, from the University of British Columbia’s downtown campus and the British Columbia Law Courts to public concerts and recreation. The complex was renovated for the 2010 Winter Olympic Games, held in Vancouver and Whistler.

Skate for free if you bring your own skates, or rent them for $4. The rink is open until the end of February, and it opens at 9 am and closes at 9 pm from Sunday to Thursday and at 11 pm on Fridays and Saturdays. During school days, you may find groups of children on a field trip.

Getting There: Vancouver’s downtown core is very walkable. Take a bus or walk from a downtown hotel or the Seabus terminal at Waterfront Station. The rink is near 800 Robson Street. Take the flight of stairs that leads down to the ice rink beneath the street.

On top of Grouse Mountain you’ll find the second of the Vancouver area’s famous outdoor rinks. As you walk off the Grouse Mountain Skyride, you’ll see the 8,000-square-foot rink and a cozy, ice-side fire tucked in on your left. Bring your own skates or rent them on the mountain. Rentals are $8 per person. The rink is conveniently next to buildings where you can purchase the other two Canadian ice-skating essentials: hot chocolate and the calorie-heavy cheese, gravy, and French fry combination known as poutine. Skating opens in November and extends into April if conditions permit.

The top of Grouse can be sunny and gorgeous, with a view down to the inlet and forests surrounding Vancouver. It can also be wet and foggy. Grouse Mountain’s webcam looks right out onto the skating rink, so if you check before you go, you’ll have a good understanding of what the weather is like up there. To get to the rink, you’ll need to take the Skyride. Alpine Experience tickets are $39.95 for adults and $13.95 for children, with a $105.95 family rate.  The price includes the ride up and down on the gondola, ice skating, access to the snowshoe and walking trails, and movies and seasonal activities on the mountain, such as sleigh rides. Come up for the day, as there is a lot to explore.

Getting There: From the Seabus from downtown Vancouver, take the No. 236 bus from Lonsdale Quay ($2.75 for a one-way ride). The bus also passes by the Capilano Suspension Bridge. If you are driving, head over the Lions Gate Bridge and go east, then turn left up Capilano Road and go all of the way to the top, where you’ll find the base of the mountain.

While Vancouver’s winter weather may be rainy, there’s still a place for winter play, whether it’s on the local mountains or at the city’s open-air skating rink, so come to the city ready to strap on a pair of skates and hit the ice. 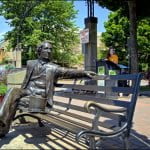 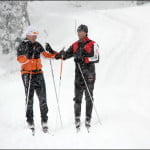 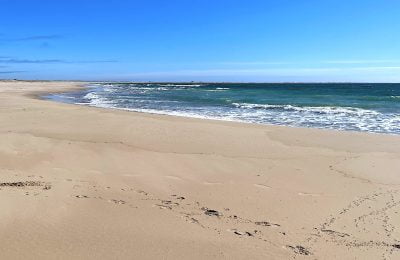 Quebec’s Seaside Destination with a Difference 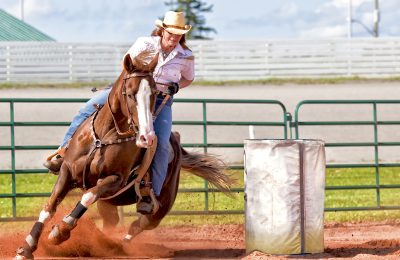 Calgary Stampede Comes All the Way Back 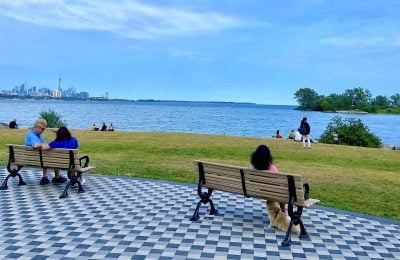 How to Travel the Country as a Digital Nomad

NEW: "HOCKEY: Faster Than Ever Scores with Science in #Calgary". This exhibit on the sport runs until March 12 at @TELUS_Spark.

A story from our archives for #BlackHistoryMonth: "A Name Change Renews Interest in a Black History Icon of Southern Ontario"
https://vacay.ca/2022/09/a-name-change-renews-interest-in-a-black-history-icon-of-southern-ontario/

An inspirational story from #NovaScotia for #BlackHistoryMonth: At Black Loyalist Heritage Centre, I Feel ‘I Am Being Called Home’
https://vacay.ca/2023/01/at-black-loyalist-heritage-centre-i-feel-i-am-being-called-home/
#VisitNovaScotia #VisitYAS #BlackHistoryMonth