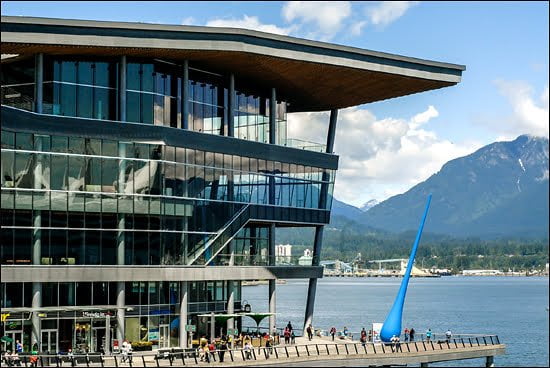 The Vancouver Convention Centre will host the 30th anniversary TED Conference in 2014, a coup for the city that creates a need for business travellers and entrepreneurs to come to Canada. (Adrian Brijbassi/Vacay.ca)

A night spent dancing at Nashville North during the Calgary Stampede just might make a visitor think Canada has a lot more sex appeal than it’s known for. (Julia Pelish/Vacay.ca)

Canada’s reputation is tops in the world among consumers and frequent travellers. Yet, the nation languishes when it comes to annual lists of most visited countries. And it’s not just because of price.

Canada years ago fell out of the top 10 in the United Nations’ World Tourism Organization rankings and in 2012 was down to 18th overall. On the other hand, the Reputation Institute is among the consulting organizations whose surveys show Canada leading the way when it comes to respectability. The rankings are developed from comprehensive surveys conducted in many nations. How is it possible for one set of consumers to love the country and recommend it above every other, while another set opts for so many competing destinations?

A part of the answer, according to Canadian Tourism Commission CEO Michele McKenzie, is that the nation’s strengths also present challenges for the tourism industry.

Of Reputation Institute and Future Brand Index rankings, McKenzie said, “The marketing challenge is turning that intention to go here someday into the desire to come visit here now. People think Canada is always going to be there. That it’s a great stable country and they feel other destinations are changing more quickly and there’s a need to see them while they’re changing or before they change.”

Stability, peacefulness, politeness and a welcoming atmosphere go a long way when considering a nation in which to settle down and raise a family. When you are contemplating flinging free on vacation, those qualities aren’t as enticing. So, what do you do if you need to become more attractive? Here are some thoughts.

The United States rocketed to No. 2 in global tourism rankings (behind France) during the 1980s and ’90s because people felt they needed to know about the country. There was a sense that not “doing America” would limit you socially and perhaps professionally in your home nation. With the annual TED Conference shifting to Vancouver in 2014, Canada has a chance to create a need to visit. That need won’t be anywhere near the urgency travellers felt to see the world’s most powerful nation during the height of America’s influence, but there is still a tremendous opportunity to create demand in the marketplace. By leveraging Canada’s status as the TED host nation, marketers can position the country as a place people must visit now because it is where some of the wealthiest, most powerful influencers have chosen to convene. TED’s 30th anniversary conference is shaping up to be a massive display of intellectual might as 100 of its “best speakers of all time” have been invited to attend. Bill Gates, Al Gore, Google masterminds Larry Page and Sergey Brin, and Avatar director James Cameron are among those who have spoken at previous TED Conferences. For entrepreneurs and business travellers, the TED link makes Canada intriguing and that creates a chance to augment the world’s view of the nation. Canada as a cutting-edge ecosystem, with deep knowledge of technology and a breeding ground for innovation, would be attractive to many. Who knows? Maybe even sexy to some.

2. Get people to look at you differently.

The cinematic image of Canada and its landscape that was showcased to the world during the 2010 Winter Olympics did its job of countering the Great White North stereotype that had persisted for too long. A nation with magnificent scenery, rich with wildlife and aglow with smiling faces is a good, safe, clean image to project to the world. But a little edginess doesn’t hurt and it can ratchet up the desire to visit. Travellers eager to let loose are more likely than others to book on impulse. Making urban life and trendy outdoor activities a larger part of the sell could help Canada grab more of that market.

Canada doesn’t have a reputation as being wild or risqué — even though Montreal is North America’s second-naughtiest city after Las Vegas. Nor is the nation viewed as a place to party, despite the fact you’ll find lively and raucous atmosphere from St. John’s George Street to Ottawa‘s By-ward Market to Vancouver‘s Yaletown district. Whether it’s Toronto Pride or the Calgary Stampede, the nation’s festivals are rambunctious, even salacious, with less violence than similar gatherings in the US. For thrill seekers, there are opportunities to scuba dive with whales in Newfoundland and paraglide in British Columbia and test your courage by walking on the exterior of one of the tallest buildings in the world in Toronto. Tough Mudder, recently held in Whistler, is an increasing draw and presents the opportunity to connect with an underserved but influential demographic.

An image makeover that shows Canada as intimate, energetic, and frenzied just might entice one or more of those arm-chair travellers who’ve been thinking about a visit to commit to one soon. 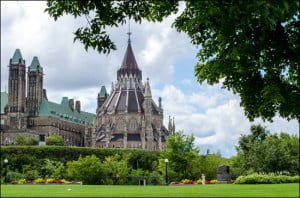 Ottawa will be the epicentre of the nation’s 150th anniversary parties in 2017. (Julia Pelish/Vacay.ca)

“Canada has not always been hot on people’s destination list. We want to be able to compete with new emerging destinations that people want to go to now,” McKenzie said during a phone call with me last week.

She will get her wish in about 3.5 years.

Travel publications around the world are sure to list the nation at the top of their “must-see” lists for 2017. An epic, 365-day marathon celebration of Canada’s 150th birthday would make the tourism windfall of the Olympics — which returned $40 for every $1 spent on marketing, according to the CTC — seem like a county fair. Creating that sense of urgency to visit is going to be handed to the tourism industry through global media attention in 2017. Capitalizing on the sesquicentennial (it’s already being called sesqui-sensational) could be what finally boosts the nation’s tourism rank back toward the top 10.

Why Tourism Is an Important Industry

In 2012, the US government created Brand USA to promote travel to that nation. The $150-million initiative has worked, but because of the relentless in-fighting within America’s federal government, Brand USA could get shelved in two years. For Canada, Brand USA presented a serious problem because it was marketing to the same clientele and sometimes with the same messaging. Considering airfares to the US are considerably lower than to Canada, it created a challenge. The one positive, however, is it has shown clearly the advantages of tourism as an economic driver.

“The image of and the intent to travel to the United States is up significantly in the markets where we are actively promoting the USA as a premier travel destination,” Anne Madison, a Brand USA spokesperson, said in an article published in Skift.com this week. “Travel is adding high-quality jobs faster than any other sector of the economy, and international visitation and spending has risen significantly.”

The findings from the US initiative underscores what the Canadian travel industry has touted for so long: Spending on tourism marketing is an investment that leads to more revenue and more jobs. It’s also a source of national pride to know people from other parts of the world have made the effort to come to see you. A reversal from the federal government’s austerity policy when it comes to the nation’s marketing agencies would help tourism boards capitalize on Canada’s reputation. Tourism is one of the few areas of government where a little amount of spending can quickly result in major fiscal gains, while also fostering good relations with other nations and improving life at home.

Although the nation’s ranking dropped in comparison to the rest of the world, Canada saw its tourism revenue increase to a record $81.9 billion in 2012. Figures were recently released by the federal government showing a hike in spending in numerous areas, despite a 15% budget cut to marketing efforts. The jump represented a 4.2% rise from 2011 and supported 614,600 jobs.

According to the WTO, 16.3 million international visitors arrived in Canada in 2012. While an increase from 2011, it was still behind nations such as Russia (25.7 million), Ukraine (23 million), and Thailand (22.3 million). Russia is very expensive and visas to enter are not cheap or simple for many to obtain. Proof that it’s not always about money when people choose a destination to visit.

Diving into the best beach in Canada 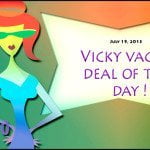 $369 to get high in North Vancouver 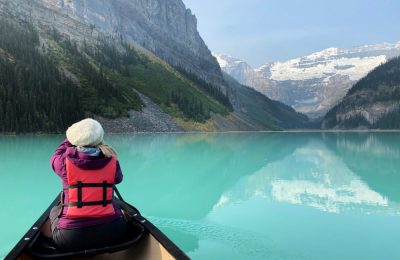 Rediscovering the Allure of Lake Louise and Banff 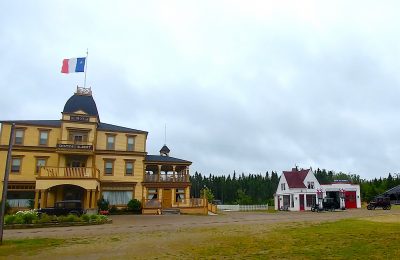 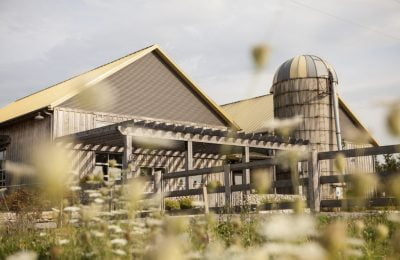 A story from our archives by @travelmammal: "Experience Soulful Acadian Life in New Brunswick" https://vacay.ca/2021/02/experience-soulful-acadian-life-in-new-brunswick/

Great news from #Stratford! @StratfordON says the Bacon and Ale Trail is back and better than ever with 15 delicious stops (with more to come!) and new experiences.
https://visitstratford.ca/bacontrail/

Another wonderful reason (not that we needed one) to head for the east coast! From our archives:
"At Rossmount Inn, Chef Chris Aerni Celebrates All Things New Brunswick"
https://vacay.ca/2021/05/celebrating-new-brunswick-is-what-chris-aerni-cherishes/ #ExploreNB