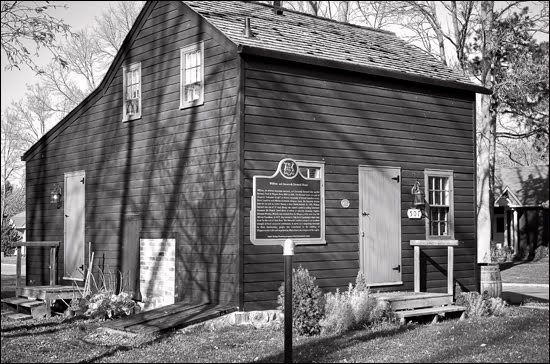 PHOTO OF THE WEEK: The William and Susannah Steward House in Niagara-on-the-Lake was built by an enslaved man who made it from the United States to Canada. (Julia Pelish/Vacay.ca)

NIAGARA-ON-THE-LAKE, ONTARIO — When you think about Canada’s multicultural heritage and the nation’s ability to accept different cultures, a case could be made that it all started here, thanks to John Graves Simcoe. Upper Canada’s first Lieutenant-Governor made what is likely his most outstanding contribution to Canadian history (and society everywhere) on this day, July 9, in 1973 with his legal challenge to the institution of slavery. In Niagara-on-the-Lake, Simcoe established the anti-slavery act, making Upper Canada the first place in the British Empire to limit the ownership of another human being.

“Slavery technically remained legal in most of Canada until it was abolished for the entire British Empire in 1834, though slavery as an institution declined steadily after 1793,” a plaque commemorating Simcoe’s feat says in Niagara-on-the-Lake, once called Newark when it was the first capital of Upper Canada.

Thanks to Simcoe, blacks had the right to own property, attend schools and church, find work and pursue a better life. There was racism, of course, and some of it was vicious and ugly and carried on well into the 20th century. But there was also a need for whites in Upper Canada to come to terms with the fact that under the spirit of the law they and their black neighbours were equal. The intolerance of slavery sparked a society that was more tolerant than most.

Simcoe’s law also invigorated the Underground Railroad, the clandestine operation that saw approximately 40,000 slaves escape the United States and reach Canada. Among those slaves was Harriet Tubman, nicknamed the Moses of African-Americans because of her heroic efforts to return again and again to the US to lead others toward safe passage to Canada. Tubman, who died a century ago on March 10, 1913, is credited with helping about 300 freedom seekers make it across the border. A plaque to her efforts is among the black history monuments to be found in this part of Ontario.

Another such attraction is the Steward House, photographed above. It was built by William Steward (also spelled “Stewart”), a former slave who was a member of Niagara-on-the-Lake’s “coloured village,” which included more than 100 blacks — a number that’s higher  than the population of that minority group in the community today. Steward and his wife, Susannah, lived in the house from 1834-47 before relocating to Galt, Ontario. The tiny house is now privately owned. It sits on the southwest corner of Butler Street and John Street West (see map below). A plaque outside marks the important role in history played by its original owner.

What makes this a good photo? This photo itself really isn’t all that interesting until you know the subject’s story and then the image takes on meaning. Documentary photography is often like this; sometimes acting as a visual prop needed to complete the story. The Steward house photo is one of those instances. Learning the rich history behind this endearingly restored home makes one appreciate it beyond its curb value.
I shot this on a brightly lit fall morning, ISO 320, aperture priority, f11, at 160th of a second. The camera used was a Nikon D200, using a 35-70mm f2.8 lens (sharp, versatile and a favourite). I decided to enhance the image through Photoshop by converting it from  an RGB into a black-and-white and then creating a sepia duotone with the hope of giving it a more antiquated character and appeal.

Do you want to be a Photo of the Week winner? Simply email your submission to photos@vacay.ca (images should be sent as high-resolution JPEGs and captions should provide detailed information about the featured location) and your travel photo could get chosen and publicized — and you could win a great travel prize!

A photographer who has worked in the largest media markets in Canada and the U.S., Julia’s travel photos and videos have been featured prominently in the Toronto Star and been exhibited in galleries in Toronto, New York and Vancouver. Her new line of photo jewelry was inspired by her travels. Even though she is an American, one of her favourite travel experiences was spending Canada Day 2000 on Parliament Hill, joining in a parade with then-Prime Minister Jean Chretien and others. Julia is Vacay.ca’s Visuals Editor. See her work at www.juliapelish.com/blog. 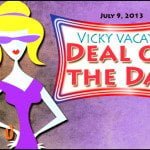 $599 for a balloon ride in Nova Scotia 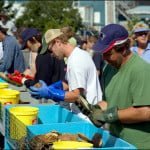 Believe It — Exciting New Brunswick Is Deserving of an Extended Stay 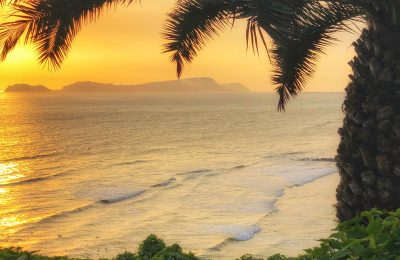 Where to Find Casual Eats from Montreal’s Top Chefs

We can't celebrate #CanadaDay without posting a few cool #Canada pics. And what says Canada better than #BluenoseII? Wishing all our friends on the east coast a #HappyCanadaDay! #VisitNovaScotia