Vacay.ca needed to stand out as an innovator. I knew that when I became this publication’s managing editor upon its incorporation in January 2012. It was my job to build a fun, intelligent website with high-quality editorial content and never-before-published ideas that would attract readers looking for engaging stories about Canadian destinations and culture. From my 20 years of experience in journalism, I knew a list of Canada’s best 50 restaurants would work. No publication had ever envisioned and executed a Top 50 Restaurants in Canada List. Given recent events and forthcoming news reports from other credible media outlets, it has become apparent that Vacay.ca needs to announce for anyone who may claim to be unaware that ours was the first list of its kind. In fact, it can’t be emphasized enough that it is not merely a list, but a business product with great potential.

We decided to establish our annual list because it was a good idea and one that addressed a pet peeve of mine. Each year, the San Pellegrino World’s 50 Best Restaurants List is announced and each year since 2003 no Canadian restaurant has made the cut (although some have landed among the runner-up spots from 51-100). As a travel journalist, I would often ask chefs and others in the food industry the groan-inducing question that went something like: “So, what’s so wrong with Canadian food that we can’t make it onto the top 50 rankings?”

With the Vacay.ca list, I hoped to celebrate Canadian cuisine and the wonderfully talented chefs we have in this country rather than pile on with the negative press. Out of professional courtesy, I checked with my contact at the World’s 50 Best List — for which I am a judge — and asked if there would be any issues if my publication produced an annual Canadian-focused list. The contact said the academy would not mind and wished me luck. There was never any discussion about a collaboration between Vacay.ca and the World’s 50 Best. I chose the word “top” instead of “best” so readers would not confuse Vacay.ca as being a part of the World’s 50 Best List and I thought avoiding the duplication of that word was the ethical thing to do. Plagiarism is about “wrongful appropriation” of an idea more than it is about copying words. It was Vacay.ca’s idea to execute an annual ranking of Canada’s 50 best restaurants and we did.

We enlisted judges, who included chefs, food critics, travel and food writers, culinary aficionados and the public — because ultimately it’s the patrons who determine the success of a restaurant.

Lesley Chesterman of the Montreal Gazette notes in a column published on October 7, 2012 that Vacay.ca “is the first outfit to compile a ‘top 50 restaurants in Canada’ list.” Ours was published on April 26, 2012, after a successful effort to count down the list via Twitter. The list received more than 1 million page views in the first month of publication. Chesterman writes it “has had five million views — a staggering number of hits for a small site” since its debut. The list was republished or mentioned in major news outlets across Canada and around the world, including the Canadian Press, CNN and the Huffington Post. On May 25, Toronto’s CityTV, owned by Rogers Communications, congratulated Vikram Vij on being the owner of the “best restaurant in Canada” on Vacay.ca’s Top 50 Restaurants in Canada List.

It was not a perfect list. However, it was created with honest effort and transparency, and I believe it was a good start to an annual celebration of Canadian cuisine and chefs.

Vacay.ca is a small business with five stakeholders who have not drawn a salary from the corporation since it began in January, opting to put forth a high level of passion into the operation, believing it will lead to financial gains in the future. Our restaurant judges were limited by budget and time. We could not get judges to every well-regarded restaurant as we compiled our inaugural Top 50 list, which was designed to create conversation and enhance our brand name. Still, Chesterman, one of the nation’s leading food critics, wrote that “several of Canada’s best restaurants hold the top spots on” the Vacay.ca list.

These were the top five restaurants on that list:

Also on the Vacay.ca list were Cabane a Sucre (Sugar Shack) and Au Pied de Cochon, the establishments operated by brilliant Montreal chef Martin Picard. Other notables included Rouge, a Calgary restaurant that once ranked 60th on the world’s best list, and Toronto’s Splendido and Canoe. Though it ranked 21st on our list, Vancouver’s Hawksworth is worthy of great accolades and as we refine our voting process it will likely be among the restaurants that climbs higher on the Vacay.ca ranking.

The 2012 list, determined through a weighted point system based on votes from the judges and the public, had clear stratas. The top four were separated by nine points in our voting process. Numbers 5-9 had 17 points separating them. Restaurants 10-50 could have shuffled position dramatically if we had even two more judges’ ballots. Restaurant No. 51 was Raymonds, a St. John’s, Newfoundland & Labrador standout that several Vacay.ca judges, including myself, have reached this summer as we prepare for the 2013 voting.

Plans for the Vacay.ca Top 50 Restaurants in Canada List

Vacay.ca has already implemented a number of changes that we feel will invigorate the Top 50 Restaurants in Canada List with more excitement and bring us closer to a perfect ranking of the best places to eat in the nation.

We have recruited notable judges, including more chefs and food industry experts such as Rebecca LeHeup of Ontario Culinary and Renée Lavallée of Taste of Nova Scotia. The new chair of our judging academy is a chef herself, Janine MacLean, Vacay.ca’s talented food columnist who has recently worked in the kitchens of Oliver & Bonacini restaurants. MacLean has developed a constitution similar to what the World’s 50 Best List uses.

For 2013, we plan to spread our voting through the nation’s different regions, introduce creative awards for the winning restaurants, honour the Best First Nations Restaurant and Best Food Truck in the country, and implement a dining budget so our judges can all visit the pricier places in their areas. Eventually, Vacay.ca hopes to host a gala to honour our food industry.

Our 2013 Foodie of the Year Contest will reward Canadian diners, giving one of them the opportunity to enjoy dinner at the Top 50 Restaurant of his or her choice, including airfare and a luxury hotel stay. It’s our best attempt to again make this a fun, exciting, ethical and legitimate process — and we hope you will support us with your readership in our efforts to celebrate Canadian food and the people who work so hard to prepare it.

We will continue in our aim to responsibly name the 50 best restaurants in Canada each year. 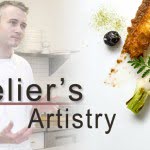 Why Ottawa's Atelier is Canada's Alinea 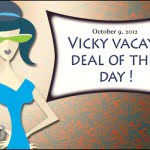 $124 to fly from Toronto to Montreal 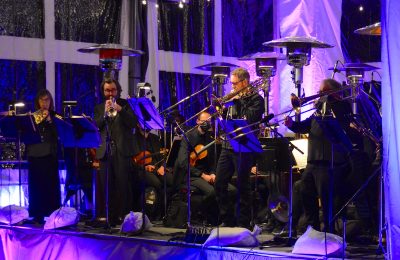 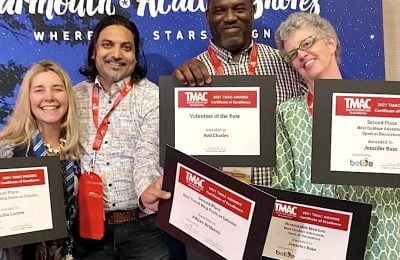 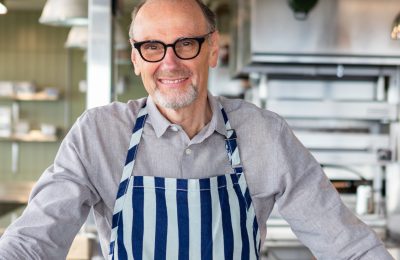 It's almost Dark Sky Festival time in beautiful Jasper. Read what you're in for in this out-of-this-world event (happing Oct. 14-23 this year).