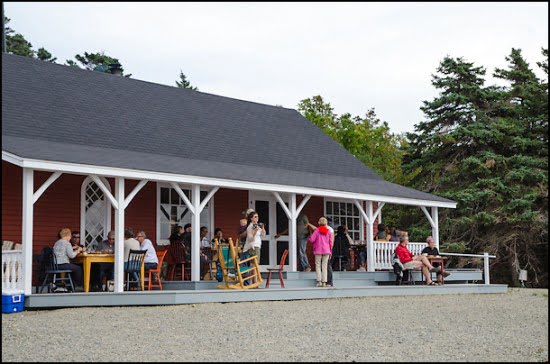 From the terrace of the delightful restaurant called the Bonavista Social Club, you can watch the waves of the Atlantic Ocean lap along in an endless rush past the rugged cliffs of the province’s eastern coast. In late spring and early summer, whales and icebergs are among the distractions between you and the horizon. In other parts of the world, the setting would be home to something grand — a country manor, or a French Laundry-style multi-diamond retreat, or a luxury boutique property that can double as a film set in a Hollywood minute. The Bonavista Social Club could be many things opulent. But it is none of them. What Hayes and her husband, Shane, have opened up is wonderfully accessible to everyone, making it oh-so Newfoundland.

It’s a bakery and pizza joint, boasting “the only commercial wood-fired bread oven” in the province. To a scene that will mesmerize your eyes, Hayes has added the tantalizing aroma of baked bread and pungent tomatoes, making tiny Amherst Cove, out here on the edge of the Bonavista Peninsula, one of the most extraordinary places to enjoy something universally adored: a slice of pizza. This one in my hand is thin crust and thick with cheese and three kinds of meat. It lasts a moment, and that moment — with the ocean ahead and the fire in the oven crackling and the smell of another pie tickling my nose — is an unforgettable one.

“I grew up here and I always had a garden and animals for 23 years. I missed that and plus it’s any chefs dream to be able to turn around and have your pick of any vegetable you could possibly want from Newfoundland,” says Hayes, who opened the restaurant in May and has received lots of recognition already. One publication placed her moose burger among the top five gourmet burgers in the country even before she had it on her menu.

The restaurant, which seats 18 inside and about a dozen more on the terrace when the weather permits, is in an attractive red building with a sloping roof and light-coloured wood that adds to the warm atmosphere. Hayes’ father, Mike Paterson, renovated the property and even made the wooden bowls and plates used in the eatery.

The menu prices are shockingly cheap, with some nine-inch pizza selections selling for as little as $8. “They’re probably a little too low,” Hayes says with a sheepish grin. “But aside from flour, our food costs are very, very inexpensive. Because we make so much right here, we buy very little.”

See Whales and Icebergs, and Eat Pizza, in Newfoundland 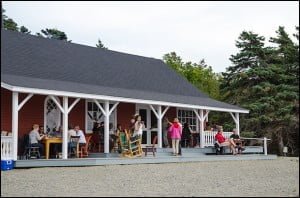 Hayes is a graduate of the Culinary Institute of Canada and formerly worked as a sous chef at Raymonds, the spectacularly impressive St. John’s restaurant headed by chef Jeremy Charles.

Last Sunday, Hayes’ old boss was among the handful of celebrity chefs and culinary students who dropped in on the Bonavista Social Club on the final day of the Roots, Rants & Roars food festival in nearby Elliston. The chefs were taking in the view, of course, but also the restaurant’s sustainable achievements, including a garden that produces many of the ingredients in Hayes’ recipes.

“Local food is in and it’s cool around the world, but here in Newfoundland we’ve always done that. We always used a root cellar year round and made preserves. It’s just what you had to do in order to have food,” she says.

With a name that recalls the Buena Vista Social Club, the famed Cuban ensemble and jazz club, the restaurant has a playfulness to it. Goats and chickens are on the premises, and guests are welcome to interact with some of them. Although the animals aren’t used in the cooking, Hayes says she hopes to get a permit soon to produce her own goat cheese for sale.

Despite being 300 kilometres from St. John’s, the restaurant is packed so often that it needs to take reservations. Hayes says it serves up to 200 people a day and has had to turn away visitors from St. John’s on more than one occasion because they arrived without a booking.

“This place is awesome,” declared Newfoundlander Jonathan Gushue of Langdon Hall, the Relais & Chateaux establishment in Ontario that ranked second in the 2012 Vacay.ca Top 50 Restaurants in Canada list.

Gushue, Charles and Toronto’s Grant van Gameren, formerly of the Black Hoof, were among the chefs tasting the pizza and sandwiches coming out of Hayes’ oven.

So, does serving some of the country’s most well-known chefs intimidate Hayes? Clearly confident in the quality of her recipes, Hayes answers, “Nope, wasn’t nervous. I just serve them like they’re anyone else.”

That’s a good way to be. Given the inviting nature of this far-from-exclusive “club,” Hayes can expect people of all sorts to find their way to this most eclectic of pizza restaurants that manages to make a trek to this gorgeous region of Newfoundland even more satisfying than before.

More About the Bonavista Social Club

Location: Upper Amherst Cove, NL (see map below)
Directions: It’s a four-hour drive from St. John’s. Travel west on the Trans-Canada Highway to Route 230 heading toward Bonavista. At the end of Route 230, head 15 kilometres southwest on the Bonavista Bay Highway (Route 235) until you see signs on your right for Upper Amherst Cove and the Bonavista Social Club. Hayes says more signage is planned in the future.
Reservations: Telephone, 709-445-5556
Website: bonavistasocialclub.com
Hours: Thursday to Sunday, 11 am-7 pm in the fall. Check the website for summer and spring hours when those seasons arrive.
Price range: $6-$23
You must order: Meat Pizza with feta cheese ($11.50) and the Rhubarb Lemonade ($2.25). 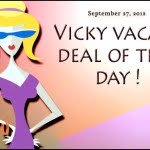 $475 for a girls' getaway in Manitoba 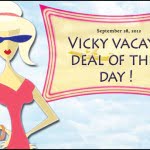 Thanksgiving in Victoria for $683 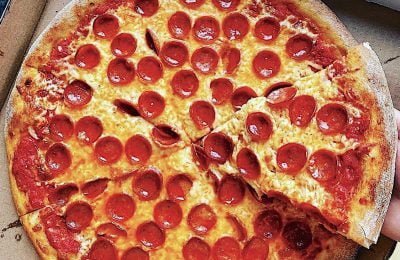 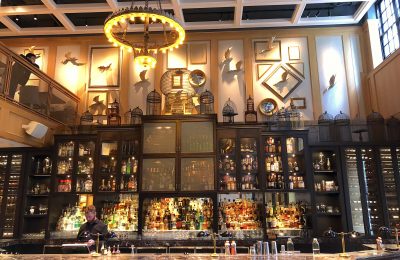 We're delaying the launch of the #Vacay20 Best Places to Travel in Canada for 2021 until the week of Jan. 25 (when we think current events will be less volatile). When we do publish, expect to see Prince Albert National Park, the jewel of @Saskatchewan, on the list! #ExploreSask

NEW: "Travel Journalists Ponder the Status of America as a Destination" in wake of the Capitol attack.
https://vacay.ca/2021/01/travel-journalists-ponder-the-status-of-america-as-a-destination/

Some time this year we will be able to explore Canada more freely and with less worry. In anticipation of that happy day, check out this guide to enjoying the #Halifax waterfront.
https://vacay.ca/2020/09/connect-with-maritime-culture-on-the-halifax-waterfront/